The Motion Picture & Television Fund (MPTF) raises millions of dollars every year for philanthropic work supporting people in need throughout the entertainment industry. The Hollywood Reporter sponsored a booth during the MPTF’s spring fundraising event that included a massive, interactive 55” touch-screen trivia game that entertained and delighted Hollywood’s biggest names. Frazier Media worked with Culture Cube and App Sauce to design and develop the game in under two weeks, including a version playable on Samsung tablets.

We can't wait to hear from you! Just drop us a note and we'll get back in touch ASAP. 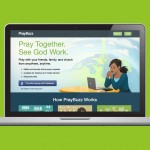